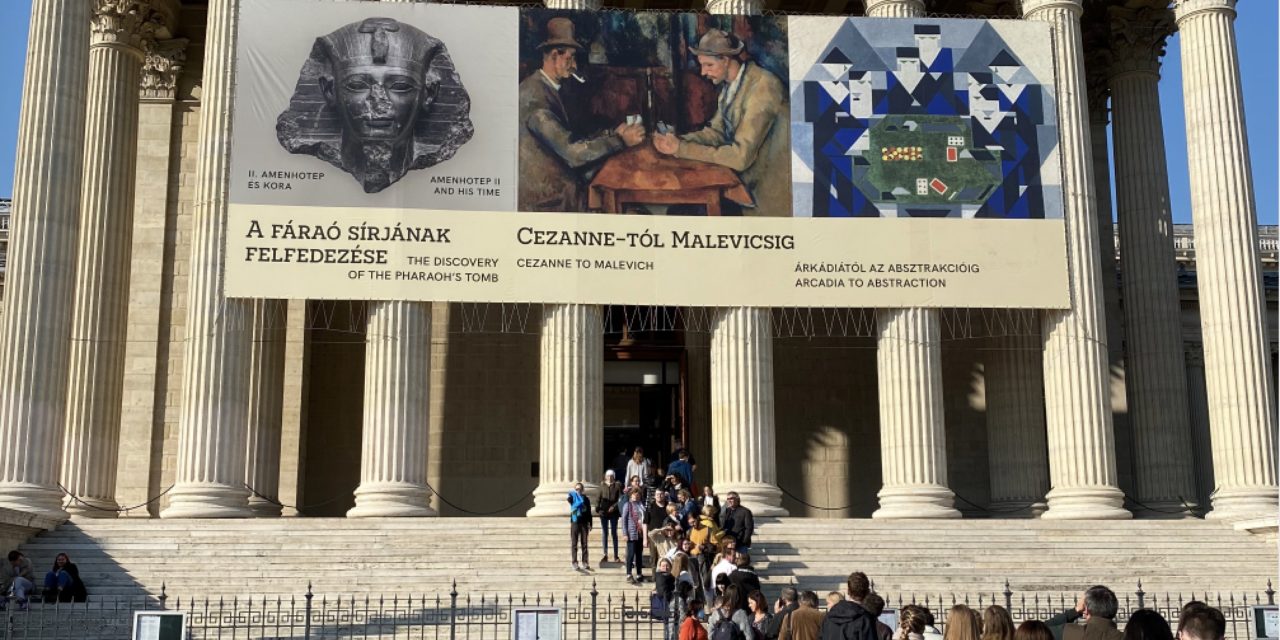 “Imagine an enormous tree, from whose trunk

hefty branches sprout towards all the compass points.

There are as many branches as there are art movements.

From the branches, a myriad twigs spread out in all directions,

and on the stems at the ends of the twigs,

instead of leaves or fruits, there are countless

pictures and sculptures, all different in style.

The trunk of this marvellous tree is rooted in

the blessed artistic soil of France, but its saplings

can be found in every country of the world,

in every intellectual climate of any value.

The name of this miraculous tree trunk is PAUL CÉZANNE.”

(Ernő Kállai, Cézanne and the Constructive Art of the 20th Century, 1944)

Nine years after the hugely successful exhibition Cézanne and the Past: Tradition and Creativity, the Museum of Fine Arts, Budapest hosts another show linked to Cezanne. It explores the connections between the œuvre of the French master and French Avant-garde art from 1906 to 1930. From Cezanne to Malevich. From Arcadia to Abstraction presents more than 120 works to the public. The exhibition, to run until mid-February 2022, displays pieces from the museum’s own holdings along with masterpieces loaned from some forty prominent collections worldwide.

The exhibition takes a new approach to Paul Cezanne’s œuvre by looking at points of connection between the French master and several important classical Avant-garde artists. While Cézanne and the Past in 2012–2013 focused on the meeting points between the great predecessors (e.g., Michelangelo, Giovanni Lorenzo Bernini and Nicolas Poussin) and Paul Cezanne’s works, the new exhibition examines the constructive artistic trends that emerged in the first half of the twentieth century.

Breaking with the previous spelling, the painter’s name is used without an accent both in the exhibition and in the catalogue. Cezanne was born in Provence, and in the Provençal language the letter “e” without an accent is pronounced in the same way as the one with an accent in French. The artist himself used his name without an accent in his letters and when signing his works. The version with an accent – Cézanne – was only used by his wife, Hortense Fiquet, and his son, Paul Cézanne Jr. from the 1890s, most likely to leave no doubt as to the pronunciation of the name for Parisians and others not coming from Provence. By omitting the accent, our exhibition accords with the decision made by Société Paul Cezanne and satisfies the request of the artist’s great grandson, Philippe Paul Cezanne – in accordance with the online catalogue raisonné launched under the direction of Walter Feilchenfeldt, Jayne Warman and David Nash. Certainly, the previous spelling was used unchanged in the quotations.

Cezanne’s art has been attracting the attention of contemporary fine artists, writers, poets, philosophers and art historians ever since his first Parisian exhibition of 1895 and the monography exhibition organised after his death at the Parisian Autumn Salon of 1907. Our present exhibition seeks to establish the extent of and reasons for the relevance of Cezanne and the art historical relations associated with him to the present time. Cezanne’s œuvre is one of the pillars of modern art. His life’s work in the areas of composition, visual effect and capturing reality served as the starting point for Avant-garde strivings after 1885. The exhibition titled From Cezanne to Malevich. From Arcadia to Abstraction – which is emphatically not aimed at documenting the history of the master’s impact – examines the multifaceted interrelations between the great master of Aix and Russian, Dutch, German and Hungarian Constructive/Concrete artistic trends manifest in the context of form, composition, structure and colour.

The exhibition parading some 120 paintings, sculptures, drawings, watercolours and prints displays works from the museum’s own holdings as well as loans by the world’s prominent museums and private collections. Masterpieces came from museums such as the Musée d’Orsay and the Musée de l’Orangerie in Paris, The Metropolitan Museum of Art and The Museum of Modern Art in New York, the National Gallery of Art in Washington, The National Gallery in London, the Museo Thyssen-Bornemisza in Madrid, the Alte Nationalgalerie in Berlin, the Gemeentemuseum in The Hague, the Stedelijk Museum in Amsterdam, the Städel Museum in Frankfurt, the Albertina in Vienna, the Kunstmuseum and the Fondation Beyeler in Basel, as well as the Pushkin Museum and the Tretyakov Gallery in Moscow.

The exhibited works are organised around several topics. Visitors can first learn about the role Cezanne’s native town of Aix-en-Provence played in his art, and then about his relationship with the Impressionists and about his circle of friends (Zola, Pissarro, Monet, Guillaumin and Renoir). The section titled The Ways Have Parted explores the various interpretations of Cezanne’s œuvre after the master’s death, including landscape interpretations as well as the connection between Cubism (Picasso, Léger and Braque) and Cezanne, the development and trends of abstraction, as well as the links between Cezanne’s art and the Russian Avant-garde. The thematically arranged sections of the exhibition explore the meeting points in content and form that came into focus after Cezanne’s death between his works and those by the artists of the Dutch De Stijl, Russian Constructivism and Suprematism, as well as the masters of the Bauhaus.

The works displayed alongside each other – in pairs and sequences – highlight the visual and intellectual junctures between works by Cezanne and those by Piet Mondrian, Paul Klee, Lyonel Feininger, Sándor Bortnyik, Vilmos Huszár, Mikhail Larionov, Kazimir Malevich and Friedrich Vordemberge-Gildewart.

On the basis of decades of scholarly research carried out by the Museum of Fine Arts, Budapest, this exhibition may set the direction to be followed within the framework of programmes to run in the institution’s recently inaugurated National Museum Storage and Conservation Centre and Central European Research Institute for Art History, as well as the planned New National Gallery as a continuation of more than 110 years of tradition in scientific and museology work.

The authors of the Hungarian and English language catalogue that accompanies the exhibition include writings by colleagues of the Museum of Fine Arts, Budapest as well as by highly recognised American, English, French, Russian, Swiss and German experts.

Curator of the exhibition: Judit Geskó

The publication of the catalogue was supported by the International Music and Art Foundation, Lichtenstein. 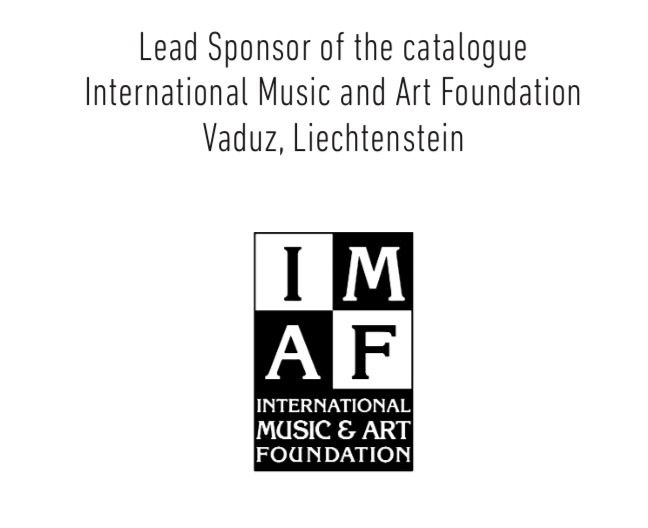